You are here: Home / What’s cooking / This week's recipe / Beef in Sugar & Mustard

Beef in Sugar and Mustard 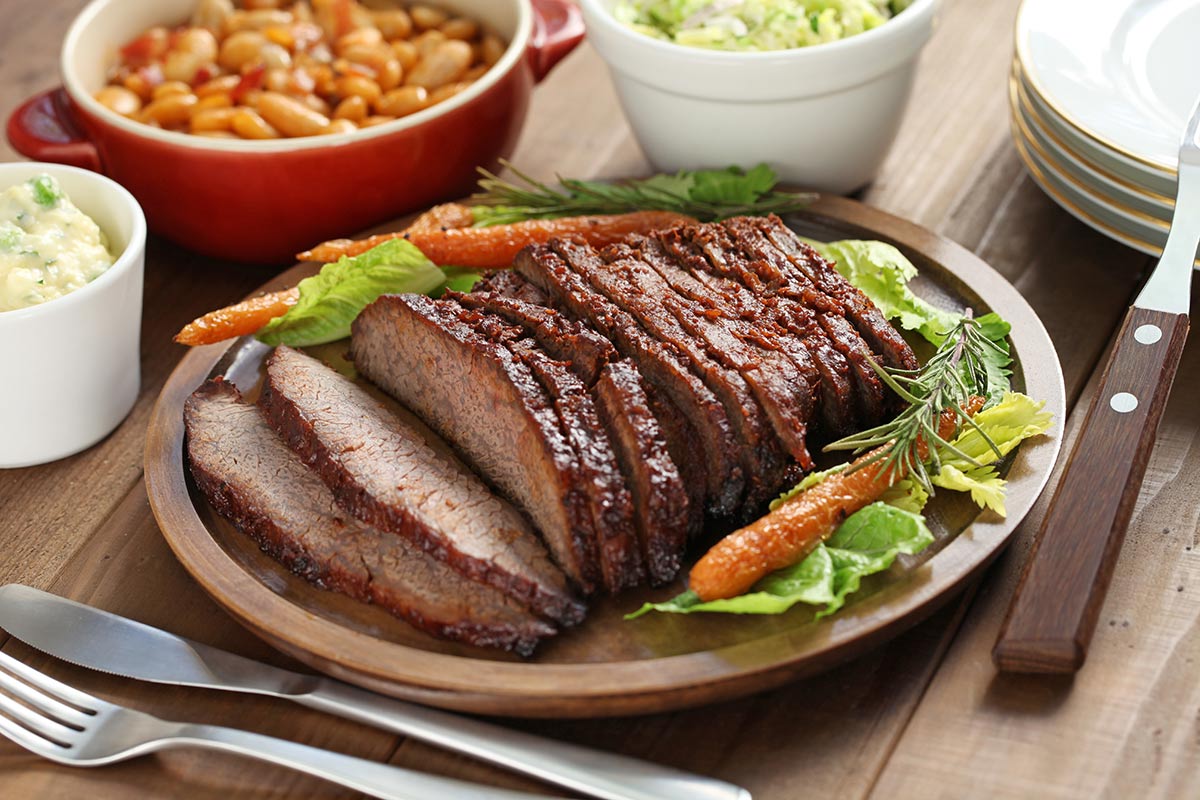 Toss the beef cubes in flour to coat. I usually mix the flour with salt and pepper in a Ziploc bag and toss the cubes in there – works like charm and very little mess. Heat 2 Tbsp of oil in a large shallow pan and cook the meat in batches till lightly browned. Remove from the pan and keep warm.

Add the remaining oil to the pan. Cook the onion till well-browned, stirring occasionally and adding the carrot and celery towards end. Stir in the sugar, mustard, tomato puree, orange rind and seasoning. Add the bouquet garni and bring to the boil. Return meat and any juices to the pan. If necessary, add water to ensure that the meat is covered.

Cover pan tighly and simmer gently for 2-2.5hrs until meat very tender. About half an hour from the end of the cooking time, add the chopped mushrooms. Serve on mashed potatoes.

Notes As I mentioned above, I have made a variation on this recipe using brisket instead of chuck. From this handy diagram of beef cuts, I learned that they are similar cuts, with chuck coming from slightly higher up on the shoulder than brisket. (Chuck, brisket, round and shank are the toughest cuts because they come from the parts of the animal that work the hardest – the legs – and are all really only suitable for long, slow cooking.) So cubes of any of these cuts should be suitable for this stew. The mushrooms are optional, but I always find they add a nice element. I have on occasion not had citrus in the house and made the recipe without the strip of rind – this is definitely a mistake! The rind (and even some zest if you like) adds immeasurably to the flavour. I have also used clementine rind successfully, so any sweet citrus will do. I often find that once I have browned the meat in the pan, there is so much flour sticking to the bottom that using the same pan is simply an invitation for the stew to stick. I usually transfer the meat (and later the sauce) to my trusty Le Crueset Dutch oven and cook it slowly in a medium oven.

Serve stew on garlic mash, alongside brocolli with Irish cheddar and breadcrumbs for a crispy, tangy topping. 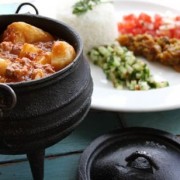 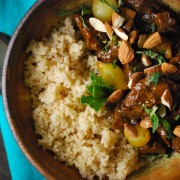 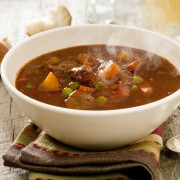 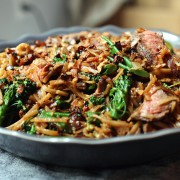